Whenever we are doing our Golf Schools, bunker shots are always identified as a shot with which players struggle. Quite often the reason this shot is so difficult is that they have misconceptions about how to play the shot correctly.

Fault #1: Placing the majority of the weight on back foot – this causes the club to reach the bottom of its swing arc behind the ball, rather than in front, and results in the two most described poor shots in bunker play. The club will either hit the sand well before the ball resulting in a swing which takes too much sand and the ball stays in the bunker, or the club will miss the sand and strike the ball on the way up with the ball sailing well over the green. 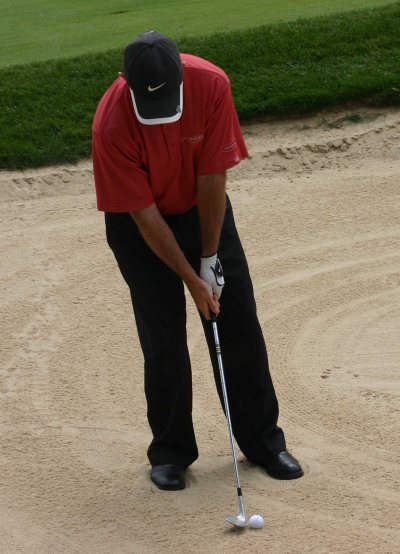 Bunker shot with weight too much on back foot

Fix #1: At address place 60% to 70% of your weight on your front foot and keep it there during the swing – the swing arc will bottom out below the center of your chest and getting the majority of your weight on the front foot will help to ensure the center of your chest is in line with or slightly in front of the ball. Thus the swing arc will now reach its bottom in front of the ball giving you the best opportunity to hit solid bunker shots.

Fault #2: Ball too far back in stance – the majority of players realize that the club face should be rotated open to play successful bunker shots. But when this is accompanied by the ball being placed too far back in the stance, the opening of the face can be countered by the additional shaft lean created by the ball position. As the shaft leans towards target, loft is taken off the club, negating the loft added by opening the club face. 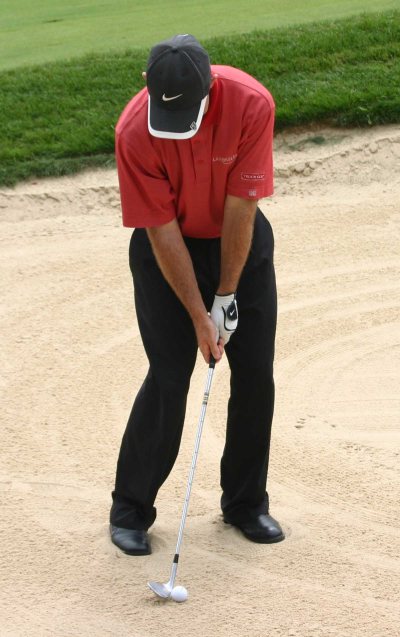 Bunker shot with ball too far back in the stance

Fix #2: Open club face and consistent ball position – the ball should always be forward in the stance, and as much as the face is open or pointing right of target, the feet should be left or open to the target line. This will make the ball come out between the where the feet are pointing and where the face is pointing. If you are aligned correctly, the ball will travel to the target. 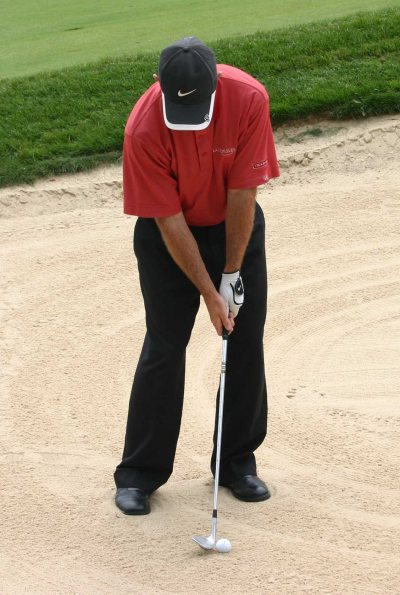