The majority of players I work with identify the bunker shot as one of the most difficult shots they face. Quite often the reasons players find this shot difficult is that they have misconceptions about how the bunker shot should be played.

Fault #1: Focusing too much on hitting the sand behind the ball –  this is usually the one thing that all golfers remember about playing bunker shots, and although it is true, it is often overdone and results in the club burying in the sand and the club not having enough speed to carry the ball out of the bunker. 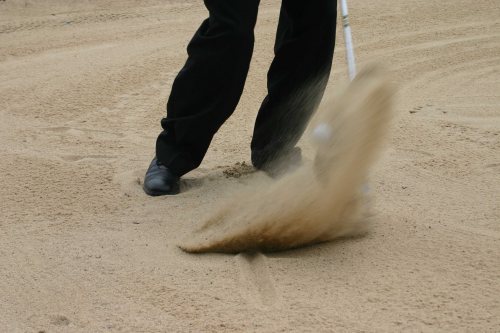 Hitting too much behind the ball 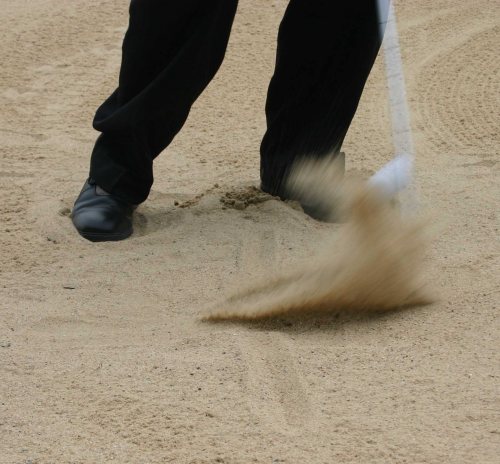 Sand from behind, under and in front of the ball

Fault #2: Trying to help the ball up in the air by scooping at the ball with the hands – the eyes see the ball in the sand and the bunker lip in front of you. How do we get the ball up the air? The mind says scoop it up. The reality is that this will either result in the club reaching the bottom its arc before the ball causing you to take too much sand. Or you will promote the leading edge to the ball resulting a thin shot that flies over the green. 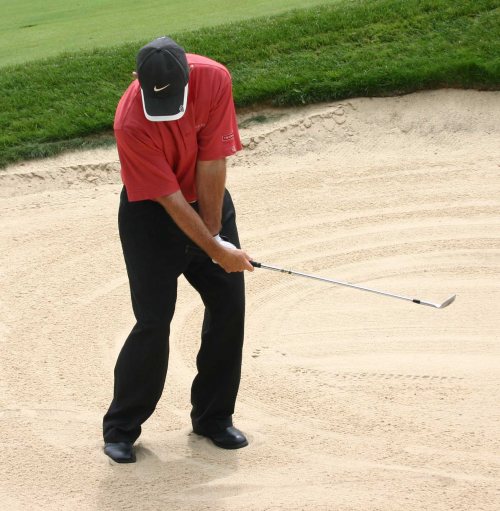 Too much hand motion

Fix #2: Swing with the arms – from a set up with the ball forward in the stance and the weight predominantly on the front foot, the goal is not to scoop the ball out of the bunker, but rather to splash the sand on which the ball is sitting, along with the ball, up on to the green. The best way to do this is to swing more with the arms ensuring the shaft lean and face loft are maintained and the club is accelerating through the shot and finishing with the arms and hands high. 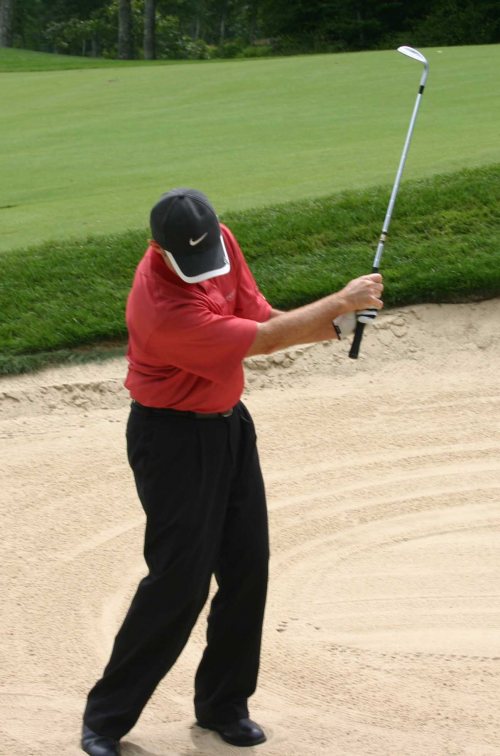